RULES? Who Needs RULES? Part One

The prickly role of Meeting Guidelines

During my facilitation skills workshops over the last ten years, I’ve often said, “Meeting Guidelines are a Facilitator’s Best Friend.” Upon delivering this statement, I’m often zapped with conflicting internal reactions. Either my personal Internal Anarchist silently screams in rebellion, or I feel like I’ve just delivered the most intelligent dictum that has ever passed any facilitator’s lips.

Meeting Guidelines (also called Agreements, ground rules, code of cooperation, or norms) are behaviors that meeting members agree to abide by in order to produce an environment that makes it safe for everyone to speak and to be heard. To speak and to be heard—a facilitator’s primary job is to enable those two actions. So what’s my beef?

The Anarchist
I have a hard time with rules. I resist them myself. As a facilitator, I harbor a deep wish that group members could speak and hear difficult, challenging, and even inflammatory statements without relying on behavioral guidelines to ensure civility.

But the human race hasn’t reached that stage of evolution. We live in a world of gossip, divisiveness, and hate radio. Many group members, even in buttoned-down organizations, seem to thrive on the release of rage. Others fear potential rage in others, and clam up as a protective measure. Meetings too often resemble a “free-for-all,” but the only people acting freely are those who love the sound of their own voices.

Unfortunately, the reality of group behavior sorely undermines my Internal Anarchist. I must leave that part of me behind and turn to the most fundamental part of the facilitator role.

Holder of a Safe Space
As a facilitator, I develop and maintain a safe environment for group communication. My role is not to shut people down if they’re saying something unpleasant, but instead to hold a safe space for that unpleasantness to be heard, and to help the group deal effectively with it.

The appropriate use of group agreements can literally transform a meeting from a shouting match into a dialogue. So, my role as the Holder of a Safe Space
wins out over my Internal Anarchist. The use of meeting guidelines is in.

When to Develop Guidelines? Busting Conventional Wisdom
Traditionally, facilitators help a group develop behavioral agreements during the first meeting. This works well for stand-alone meetings. However, facilitators may want to consider a different approach when facilitating a series of ongoing meetings.

The approach I prefer is very “real-life”. It acknowledges Barry Tuckman’s four stages of group development, which are generally accepted as the natural evolution of dynamics within groups. Here is a quick review of these stages:

Forming (Stage 1)
The group experiences a high dependence on the facilitator for guidance and direction. Members are polite.

Norming (Stage 3)
Life gets easier. Roles and responsibilities are clear and accepted.

Performing (Stage 4)
The team has a shared vision and is able to stand on its own feet with no interference or participation from the leader.

So, at which stage is it optimal to develop group agreements?

Surprise: Try doing it during the “Storming” stage. In Stage Two, superficial politeness has pretty much fallen away, though members yearn for stability. This stage offers a rich opportunity. People’s personalities and agendas are truly revealed. Everything’s out on the table. Behavioral agreements born in the heat of Stage Two take on much more meaning and authenticity than if they had been developed earlier.

However, the facilitator must take three essential steps at this stage to be successful. Otherwise, the group’s own wild Internal Anarchist will take over. 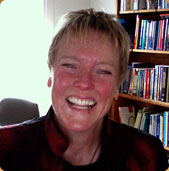